Participants received either two doses of 7.5 grams of essential amino acids per day or a placebo every day for 3 months.

Those in the EAA group had increases in muscle protein fractional synthesis rate (FSR) at 0 months and 3 months, while those in the control group only showed an increase in FSR when given 7.5 grams at the start of the study (0 months). 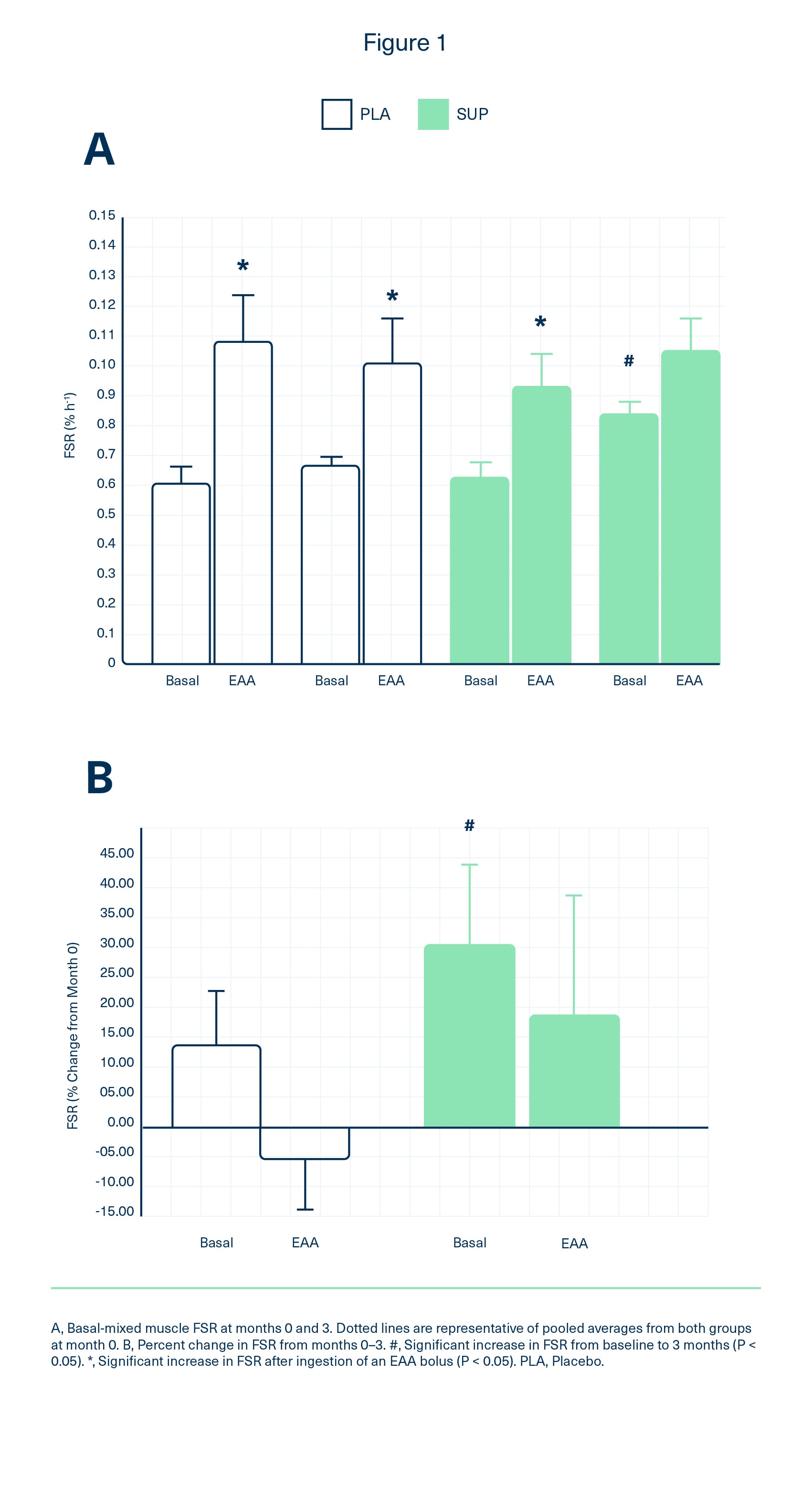 Likewise, basal IGF-I protein increased in the EAA group after 3 months, as shown in Figure 2 below.

Researchers concluded that 7.5 grams of essential amino acids ingested twice a day over the long term can improve lean body mass and muscle protein synthesis in older adults without any decrease in the anabolic response to EAAs. Targeted EAA supplementation may be able to counter the deleterious effects of sarcopenia.

The present study showed that EAA supplementation had no effect on one-repetition maximum muscle strength, which was no surprise, as participants were sedentary and did not increase their physical activity over the 3 months. Researchers hypothesize that implementing an exercise program in conjunction with 15 grams of EAAs ingested daily could lead to strength gains in addition to improvements to lean muscle mass.

By 2030, almost 202 million people will be over 65 and battling the debilitating effects of sarcopenia. But sarcopenia is an age-related condition that can be treated. Along with resistance training, supplementing daily with 15 grams of essential amino acids can help stimulate muscle protein synthesis and increase lean body mass, thereby improving quality of life and decreasing the risk of morbidity and mortality associated with sarcopenia.