Despite Inflammation, Supplemented Essential Amino Acids May Improve Circulating Levels of Albumin and Haemoglobin in Patients after Hip Fractures

Low levels of circulating albumin (Alb) and hemoglobin (Hb) are associated with an increased risk of disease severity and complications, prolonged hospital stay, and all-cause mortality. Decreases in albumin and hemoglobin also predispose elderly patients to frailty syndrome, which leads to a higher risk of disability and impaired physical performance and quality of life.

This study turns an eye to the rehabilitation ward, where 84% of elderly patients with hip fractures have low Hb levels and anemia, which delays recovery, increases mortality risk, and correlates with a 7-fold higher chance of having hypoalbuminemia (hypoAlb), or low albumin levels in the blood. Conversely, increases in Alb levels in elderly patients with hip fractures predicts a greater likelihood of being able to successfully carry out daily activities.

To investigate the effects of supplementation with essential amino acids (EAAs) on hypoAlb and anemia in elderly patients with mild hypoAlb who have undergone hip fracture surgery.

Patients received either 8 grams of EAAs a day or a placebo for 2 months. Albumin levels returned to normal in 68.3% of the subjects in the EAA group with an average increase of 6%, and just 22.2% of subjects in the placebo group. Figure 1 shows that the prevalence of hypoAlb in EAA and placebo patients was similar at onset but improved significantly more in the treated group at discharge. 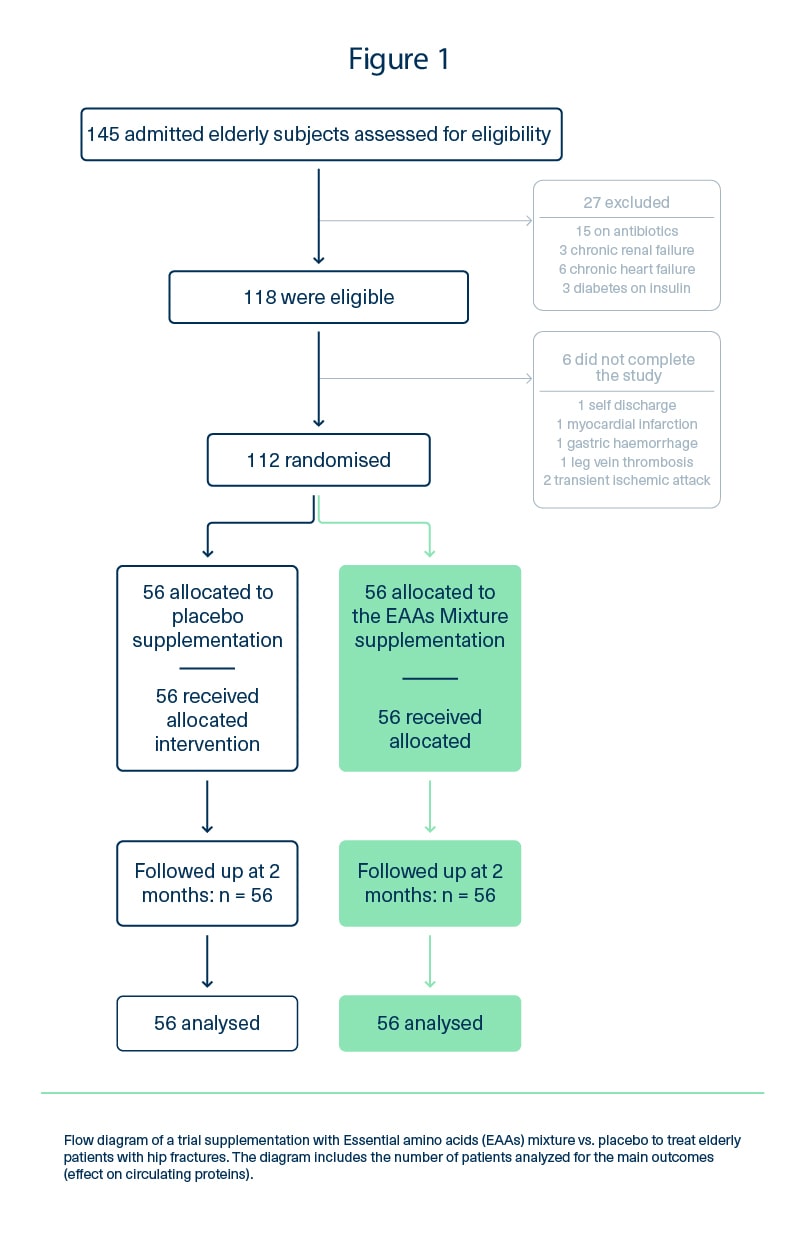 As demonstrated by Figure 2, Hb levels improved in 34.2% of EAA participants, but only 18.9% of placebo subjects. One third of patients treated with EAAs recovered from anemia. 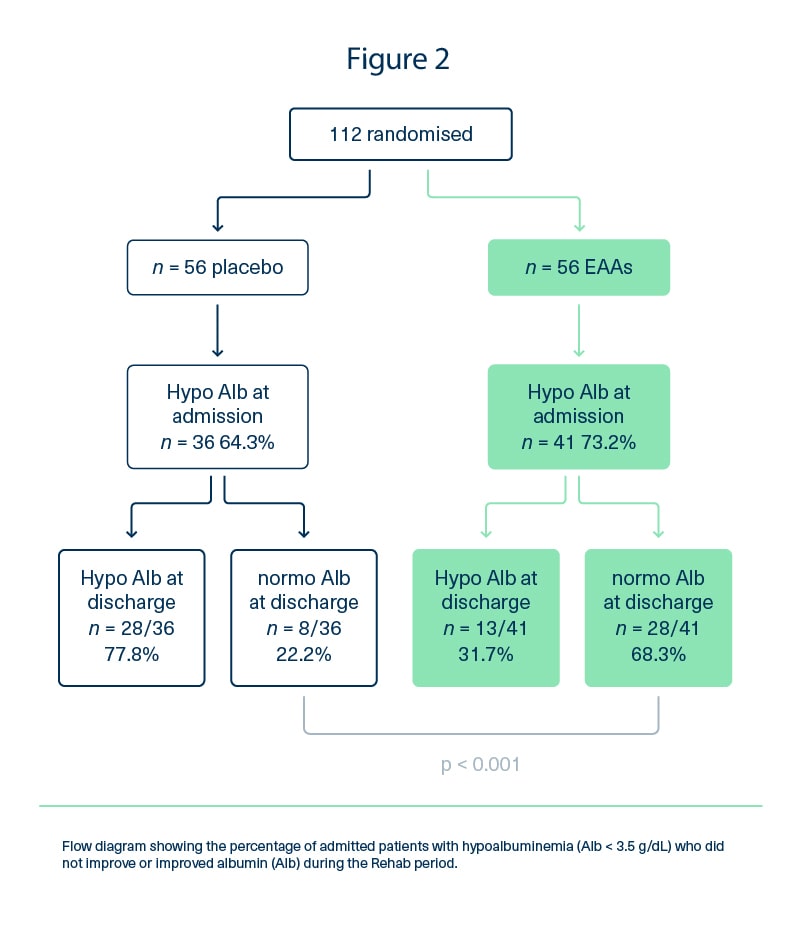 Researchers note that both groups got the same amount of EAAs from their diet, and that the increase in Alb and Hb was entirely due to the supplemented EAAs given to the experimental group. They hypothesize that the 65.8% who remained anemic may have required a larger dose of EAAs.

This study shows that supplementing with EAAs can normalize levels of albumin in the majority of hypoAlb patients even in the face of systemic inflammation, and reverse anemia in more than one third of subjects after a hip fracture.

The effects of EAAs on albumin and hemoglobin

EAAs promote protein synthesis and protect against protein breakdown, including in the liver where albumin production occurs. The amino acid tryptophan is especially important in the synthesis of albumin.

EAAs stimulate protein production even during severe inflammation, such as that which occurs with hip fracture, and can lower the risk of infection when albumin and hemoglobin levels are low.

Low levels of albumin and hemoglobin, and consequently anemia, impair successful recovery from hip fracture surgery and raise the risk of complications, imparied mobility, and mortality. Reversing anemia and increasing levels of albumin and hemoglobin with EAAs can lower the risk for falls and frailty in elderly individuals and lead to higher functional independence.