Obesity is commonly accompanied by a condition called sarcopenia, which is the progressive loss of lean muscle mass alongside an increase in fat mass. Sarcopenia’s impact on body composition isn’t superficial. It contributes greatly to reductions in functional capacity and inhibits the ability to perform daily activities, particularly among the elderly population. Treatment isn’t as simple as calorie restriction and weight loss, since a reduction in calories often leads to even greater losses in muscle mass.

To test the effects on muscle protein synthesis and lean tissue preservation of an essential amino acid (EAA)-enriched meal replacement (EMR) against those of a meal replacement with the highest amount of intact protein on the market (Bariatric Advantage) using stable isotope methodology. 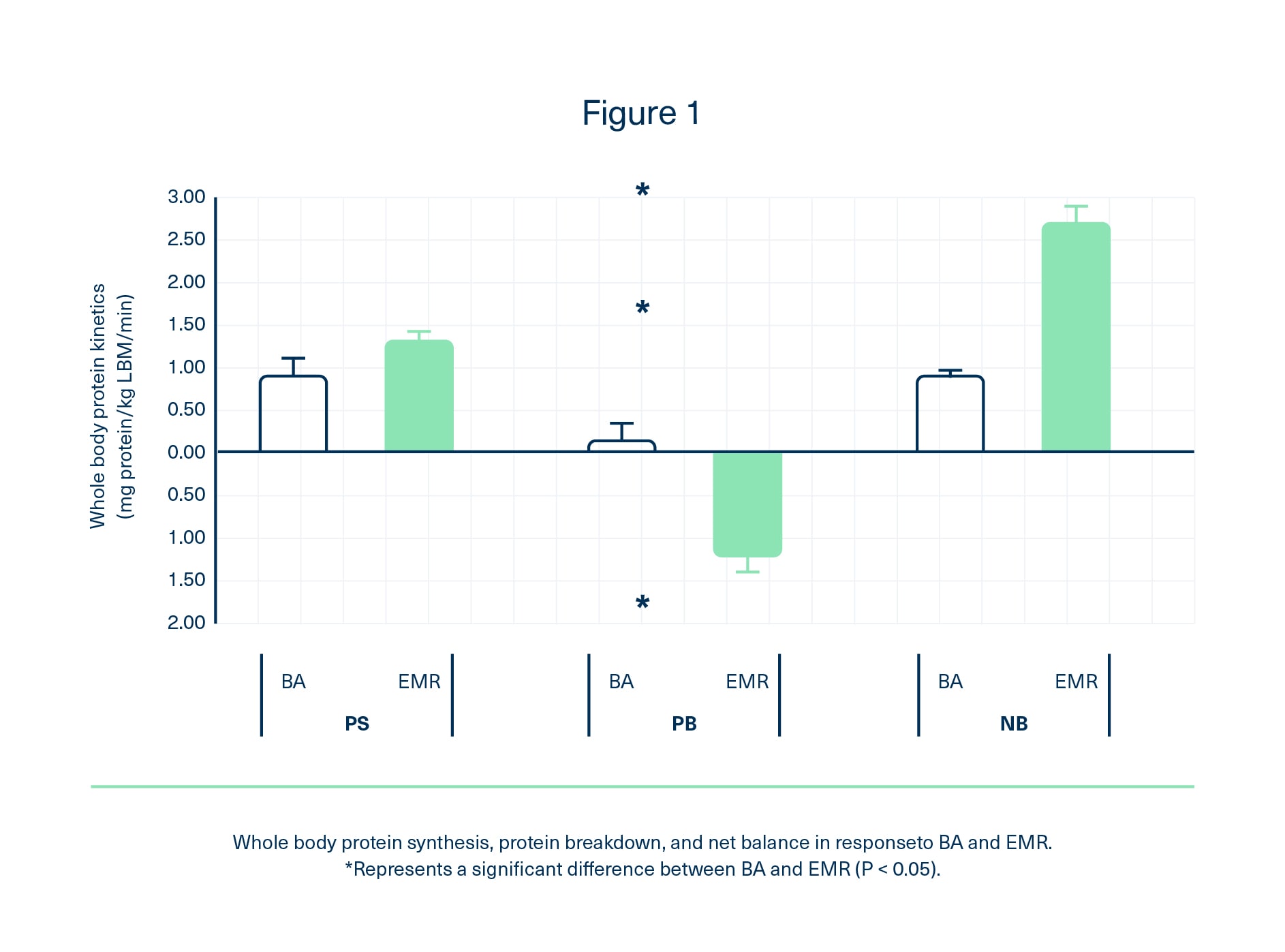 Because net protein balance is a direct indicator of increases and decreases in protein mass, it is apparent that a greater amount of precise essential amino acids can help preserve and build lean tissue to a greater degree than a meal replacement made of the highest amount of high-quality protein.

The loss of lean muscle and increase in fat mass in elderly obese individuals greatly reduces quality of life and future health outcomes. Supplementing with a targeted essential amino acid formula can help encourage weight loss while preserving lean muscle mass, a benefit not able to be replicated to the same degree with current meal replacements made up of the highest quality protein.