To assess the effectiveness of an essential amino acid formulation high in leucine combined with phytosterols on cholesterol levels and insulin sensitivity in adults with mild hypertriglyceridemia (elevated triglyceride levels in the bloodstream).

The study’s nine participants were given an oral glucose tolerance test (OGTT) before and 4 weeks after supplementation. All nine experienced reductions in total and LDL cholesterol levels. Triglyceride levels declined in six of the participants, and all saw improvements in insulin sensitivity and blood sugar levels. 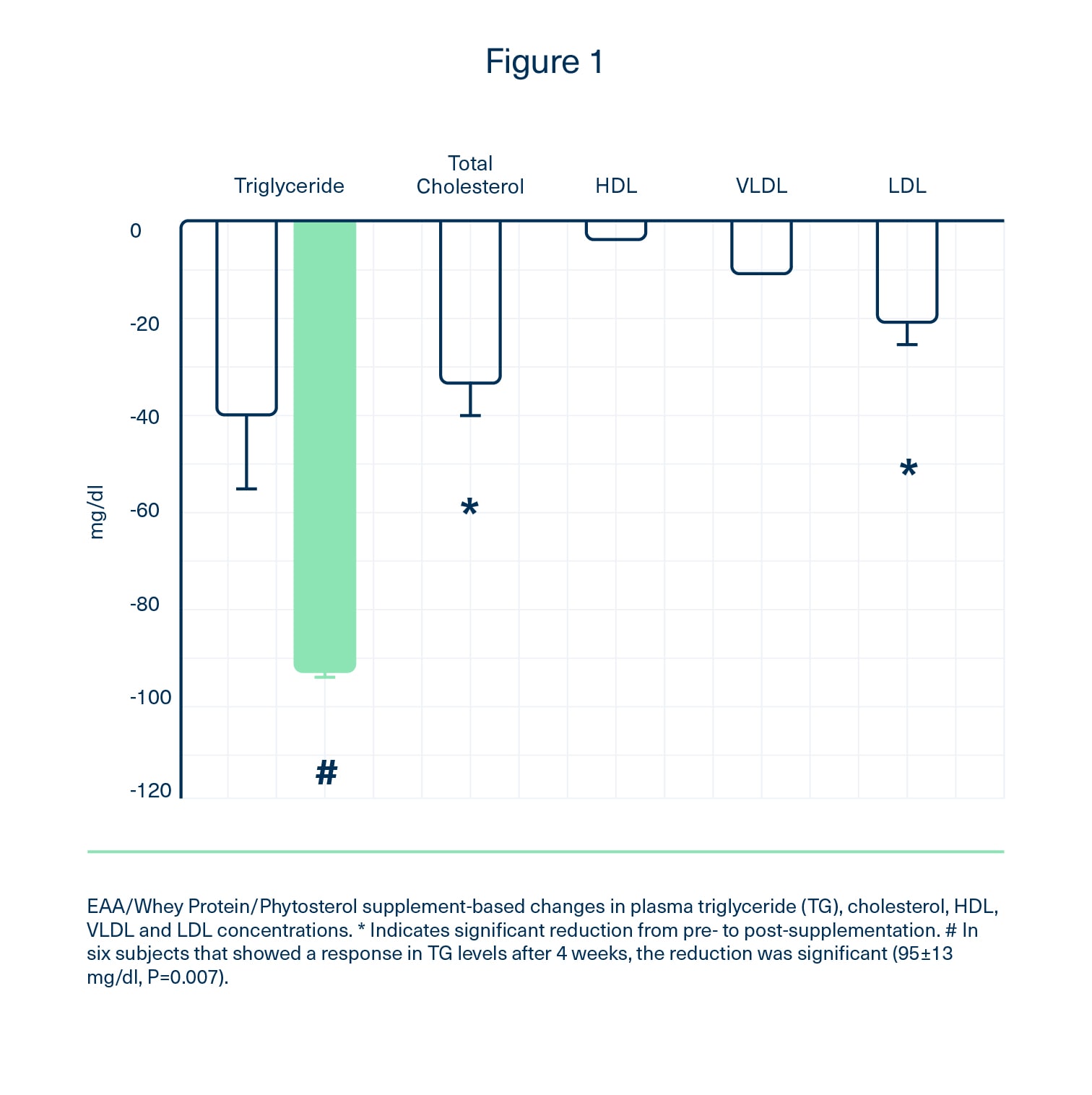 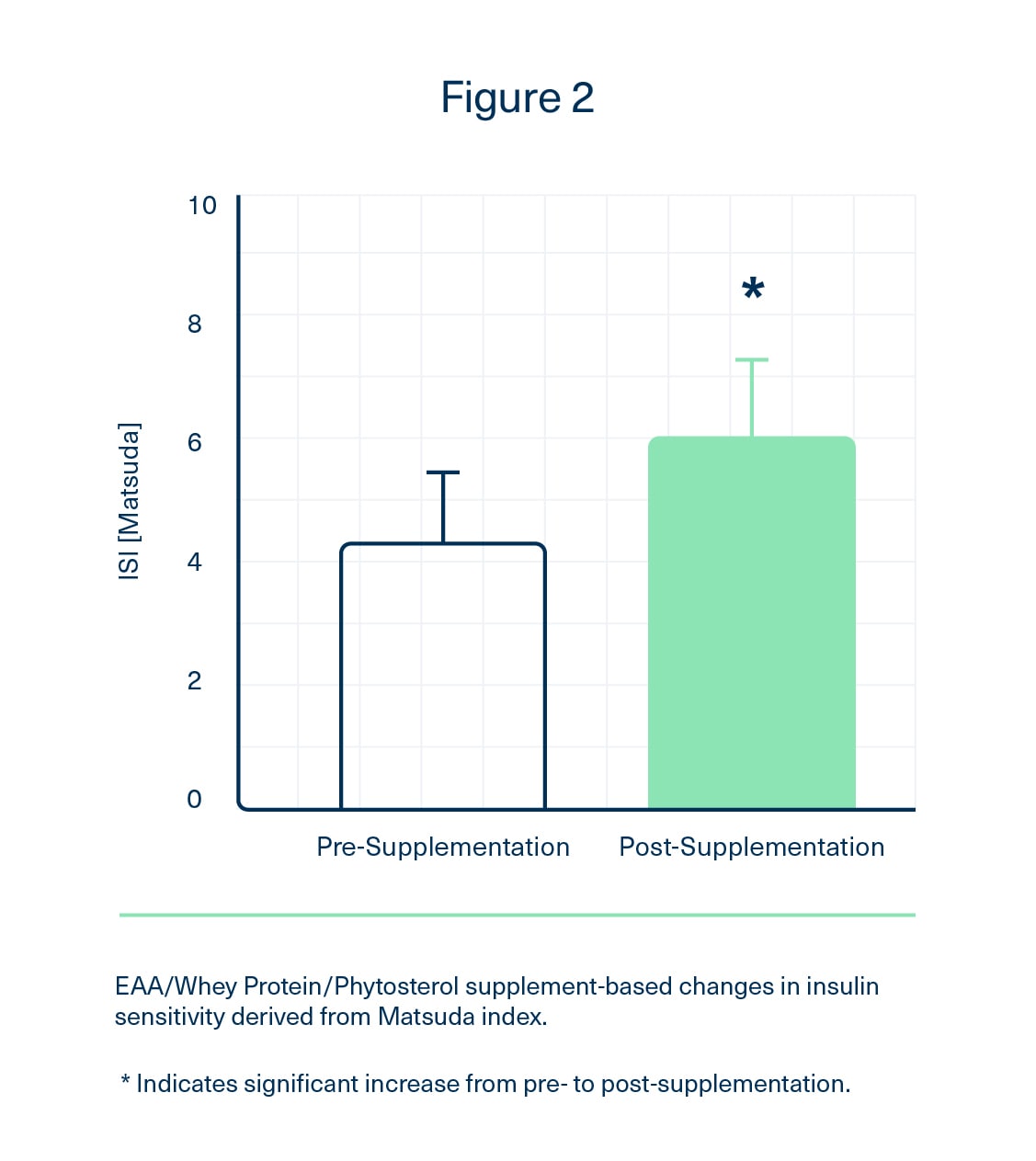 Triglyceride levels decreased dramatically in six of the nine participants. Genotyping showed that two of the three participants who didn’t have a reduction in triglycerides had a single T allele of the SNP rs1260326, which has been linked to elevated triglycerides, providing a potential genetic explanation for a lack of response to the nutritional supplement.