Spaceflight and bed rest result in profound reductions in muscle mass, strength, and function, which can have long-term consequences on astronauts’ health, including increasing the risk of obesity, disease, and mortality. Amino acids and resistance exercise have been shown to mitigate the effects of spaceflight and bed rest, but this present study seeks to investigate the role timing of supplementation plays, and if the combined effects of resistance exercise and amino acids are stronger than amino acid supplementation alone when used alongside a reduced-calorie diet.

To examine the degree to which the joint efforts of resistance exercise and an essential amino acid supplement given either 5 minutes before or 3 hours post workout help protect against muscle loss during bed rest under conditions of an energy deficit similar to that which occurs during spaceflight.

Each group achieved an energy deficit of −230 kcal/day to match the −240 kcal/day found in spaceflight.

Results showed that the men in the group that did not exercise during bed rest but received amino acids gained body fat while losing body weight and lean muscle mass. In contrast, the men who exercised and supplemented with amino acids lost body weight and body fat but maintained more body protein.

After 28 days of bed rest there was a dramatic decline in fat mass that continued after active recovery in the groups engaged in resistance training, which suggests that strength training protects against unhealthy changes in body composition during bed rest.

The following table demonstrates the difference in upper and lower body strength between the three groups at the start and end of the study.

In addition, insulin levels rose sharply in the amino acid only group from the start to the end of bed rest, while they significantly dropped in the groups that resistance trained alongside amino acid supplementation. 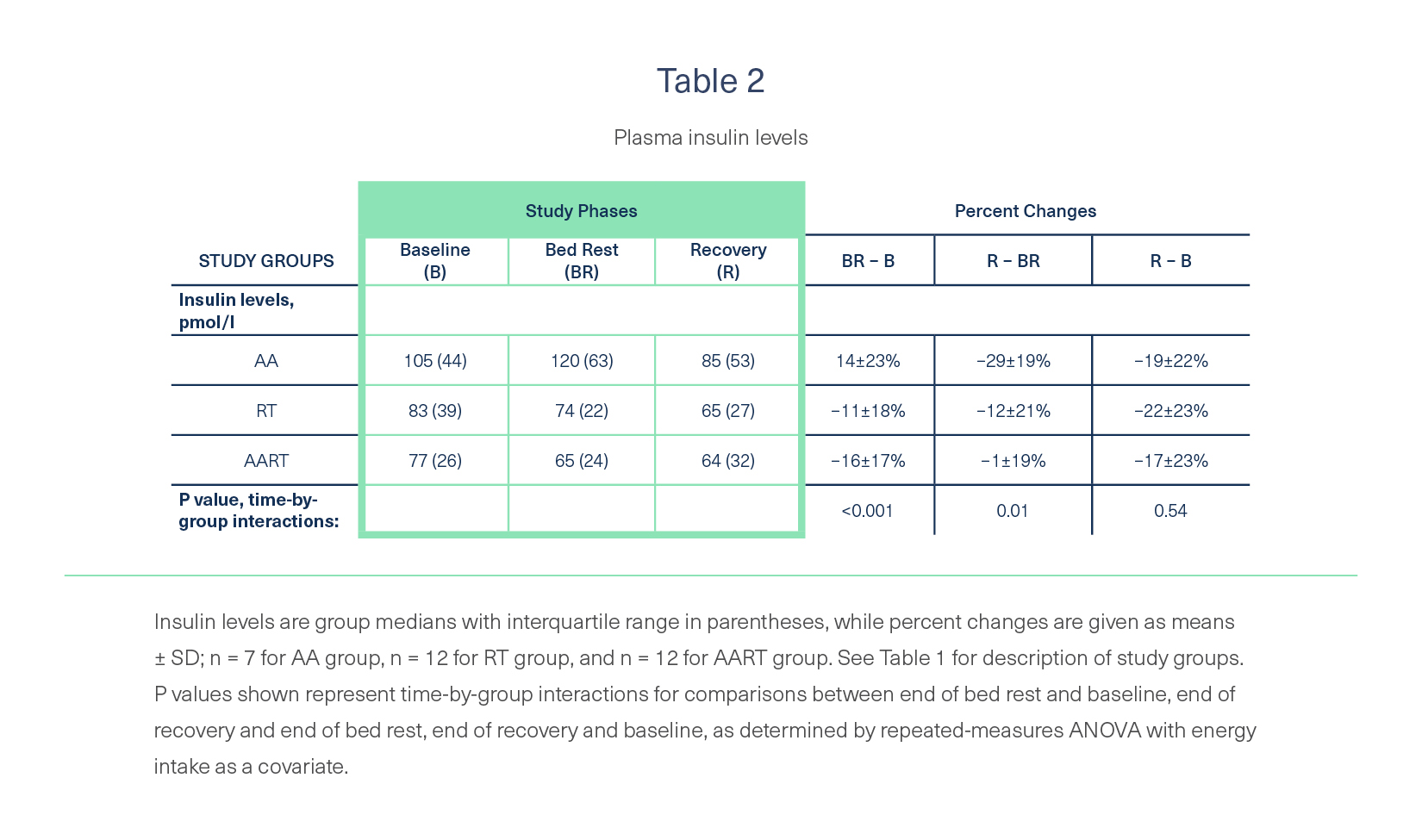 On average, the men who resistance trained and supplemented, whether 5 minutes before or 3 hours after exercise, decreased the negative effects of bed rest on muscle strength, muscle mass, and fat mass by approximately two-thirds.