Stroke is a leading cause of long-term disability worldwide. One year after suffering a stroke, approximately one-third of stroke survivors are permanently disabled and one-third cannot walk without assistance. In addition to loss of dexterity and strength, changes in muscle protein turnover in the unaffected side of stroke patients can contribute to physical disability after a stroke.

To see if hypercatabolism (the excessive breakdown of muscle protein) occurs in unaffected arm muscle and if supplementing with essential amino acids (EAAs) could offset this muscle loss.

The table below shows how the EAA and placebo groups had similar amino acid concentrations at admission but only the EAA group had normalized protein metabolism at discharge. 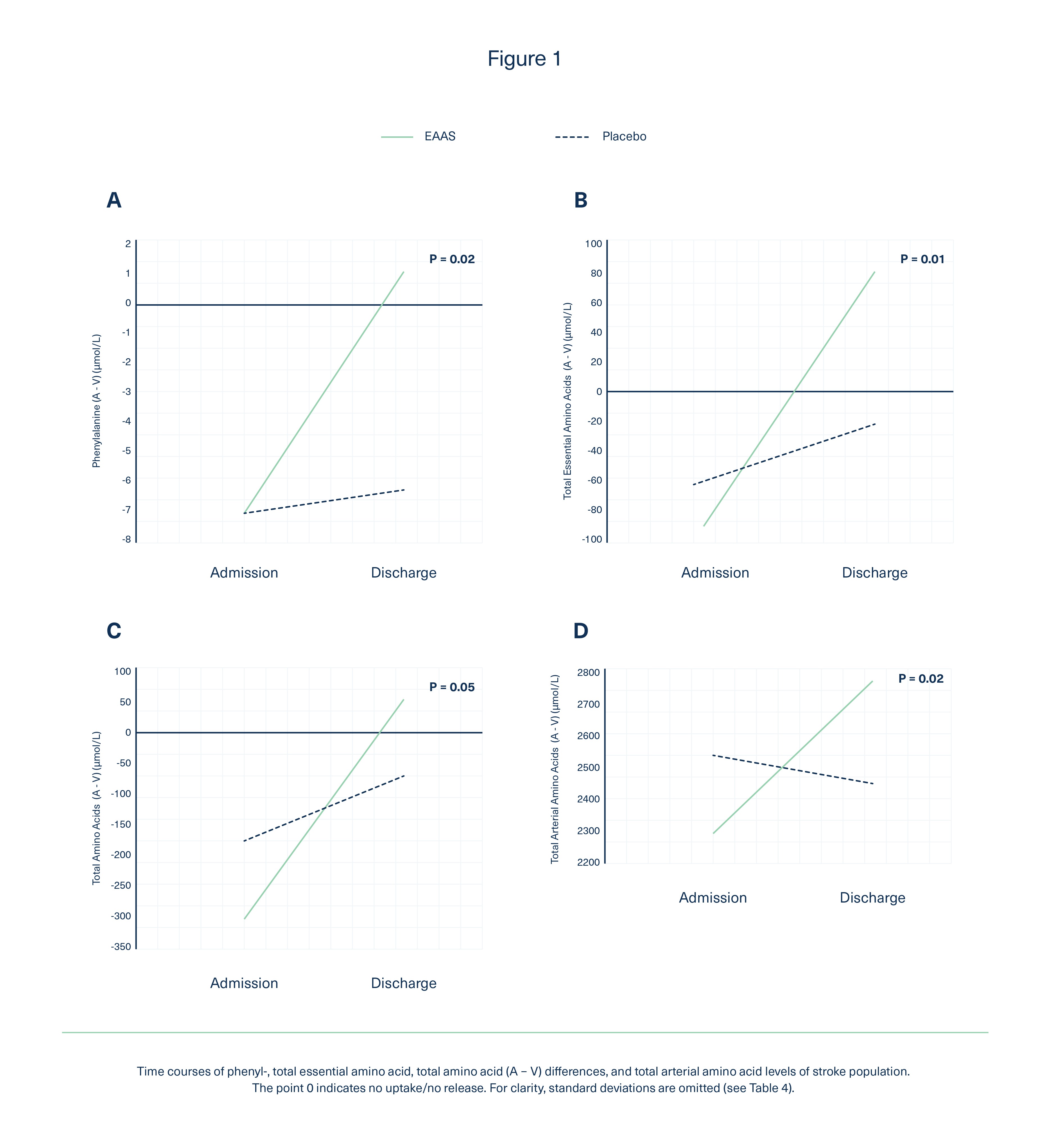 Researchers concluded that excessive muscle loss in the unaffected arm of stroke patients can occur one month after stroke and be corrected by supplemented EAAS.

This study showed that the unaffected arm muscles of stroke patients are prone to hypercatabolic activity which, if left untreated, causes muscle wasting. This loss of muscle mass has a significant impact on patients’ quality of life and functionality, impacting blood sugar control, increasing the risk for osteoporosis, compromising heart health, and exacerbating disability, particularly walking. Treating muscle wasting with therapeutics such as EAAs is of critical importance for the successful rehabilitation of stroke patients.